The Pros and Cons of a Cashless Society 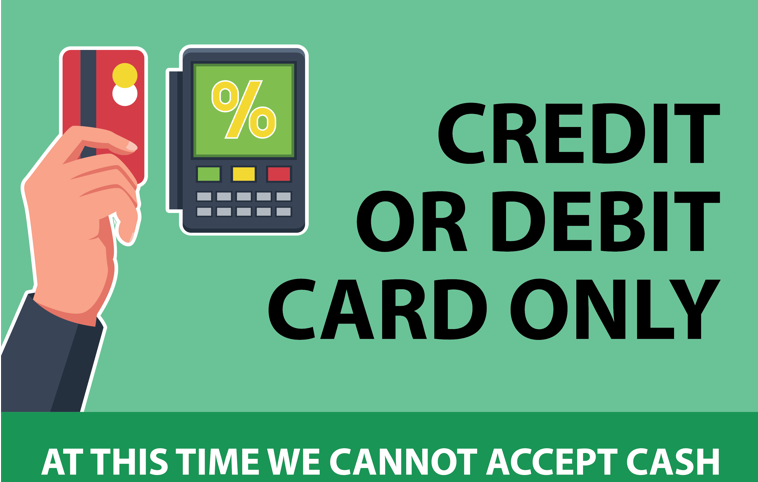 For countless years, societies around the world have relied on cash when buying or selling goods and services. It’s only in the past few years that credit and debit cards became common. Now, shoppers and merchants are, at least to some extent, abandoning cash in favor of cashless payment options.

However, not everyone agrees that a cashless society is actually a good thing. There are distinct advantages to going cashless, but consumers and businesses alike are finding going cashless is always the best option. Before making a decision yourself, take the time to explore the pros and cons.

Remember that most places charge a fee to exchange currencies, so travelers also encounter an additional expense if they must acquire a local currency. While an individual fee might not be a major hurdle, travelers visiting several countries may find the fees become significant. Cashless payment options would eliminate the stress and expense of dealing with currency exchanges.

4. Avoid the Loss of Cash. People who typically carry a significant amount of cash risk losing that money. While such a loss may not be devastating to some people, others will suffer a serious disruption to their lives. If you customarily use cashless payment options, there is no need to carry cash, which means you won’t be impacted by such a loss.

Even if cards are lost, they can be replaced quite easily, and users are not generally responsible for any fraudulent charges if they promptly notify the card issuer of the loss. In cases where the user’s smartphone is used to complete transactions, there is, as a rule, minimal risk of misuse if the device is lost or stolen.

5. Tax Avoidance is Difficult. When everyone pays their taxes, society is better off. The funds are available to pay for projects and programs that benefit residents. In a cash-based economy, avoiding taxes is not difficult.

For example, many businesses will charge a reduced price for goods or services if the customer pays cash. In some instances, that discount simply reflects what the business would pay a credit card processor but, in other cases, it means the business doesn’t intend to report the transaction. Going to a cashless system would eliminate much of the tax avoidance that costs society a great deal of money every year.

6. Reduces Government Expenditures to Produce Money. Printing bills and minting coins isn’t cheap. In a cashless society, those costs would be reduced or eliminated, and those funds could be applied to other projects. In addition, counterfeiting would no longer be profitable if cash was not generally accepted by merchants.

7. Improved Health Benefits. Using cash, especially bills, increases the odds of contracting everything from the common cold to COVID-19. Cash harbors germs, which are spread to anyone handling the money. If the use of cash payments was eliminated, the spread of germs on money would also be removed.

Of course, it seems that the cons of a cashless society must also be discussed, as there are times when business owners and consumers could be hurt by such a switchover. Even though many people would benefit by moving to cashless payment options, there are numerous downsides to consider.

1. Not Everyone Has a Bank Account or Credit Card. This is the major concern consumer advocates bring up whenever discussing a move to a cashless society. There are countless people who, for whatever reason, don’t have a credit card. Some have made mistakes in the past that limit their access to credit. Others don’t want credit cards. They see credit cards as an evil our society could do without.

So, how would those individuals be handled if we switched to a cashless society? It would be unfair to ignore their needs or beliefs, but should the rest of society suffer because a relatively small percentage of people don’t see the benefits of going cashless?

2. Privacy Is an Issue. Another potential downside to a cashless society is a loss of privacy. Today, many people are justifiably concerned that going cashless would open the details of their lives to others. That’s certainly a possibility, as we’re already seeing instances where companies and governments compile information on people without their permission and use that data to their detriment.

If the switch is made to a cashless payment system, steps would need to be taken that prevent the unauthorized use of data collected as the system is used. At this point, there are many people who don’t have faith that safeguards would be used appropriately.

3. Some People Would Experience Budgeting Issues. A large percentage of the population uses budgeting techniques based on dividing their available cash and allocating it to specific uses. One issue with credit cards is that users are prone to making impulsive buying decisions. Budgeting cash makes it easier to track how much money remains available for spending in different categories.

At the same time, people who buy goods directly from other private citizens would have a harder time doing so. Peer-to-peer payment systems are still in their infancy, which means shopping at a garage sale or buying a used vehicle from a private party could become more difficult.

Another thing to consider is that not everyone can afford to purchase a smartphone and pay the monthly fees. While current statistics state roughly 85 percent of U.S. adults currently have a smartphone, that still leaves at least 15 percent who don’t enjoy that access. Also, should times get tough, a lot of users would likely choose to discontinue their service to save money.

5. Cash Has Intrinsic Value. Many people choose to hoard cash as they feel having cash on hand increases their sense of security. Those people may not have that same sense of security when using a cashless option. It’s also possible that people would feel their right to choose which payment systems to use was taken away.

Will It Be Easy to Switch to a Cashless Society?

The short answer is no, as there will certainly be problems along the way. While some of those problems are already identified, others are sure to pop up during any change to a new system. Does that mean we should ignore the benefits of going cashless? Of course not, but we’ll also have to ensure any changes don’t harm those around us.

Designing and implementing a cashless society won’t happen overnight. Any changes are more likely to be incremental, as a sudden and dramatic shift would almost certainly cause ripples throughout society as a whole.

At the same time, early adopters in a cashless society are likely to enjoy benefits while those slower to convert to the newer systems won’t. The trick is to know when and where to use cashless payment options and when to count on cash. Over time, it’s likely that the move to a cashless society will almost be automatic, as such a shift provides more benefits than problems.